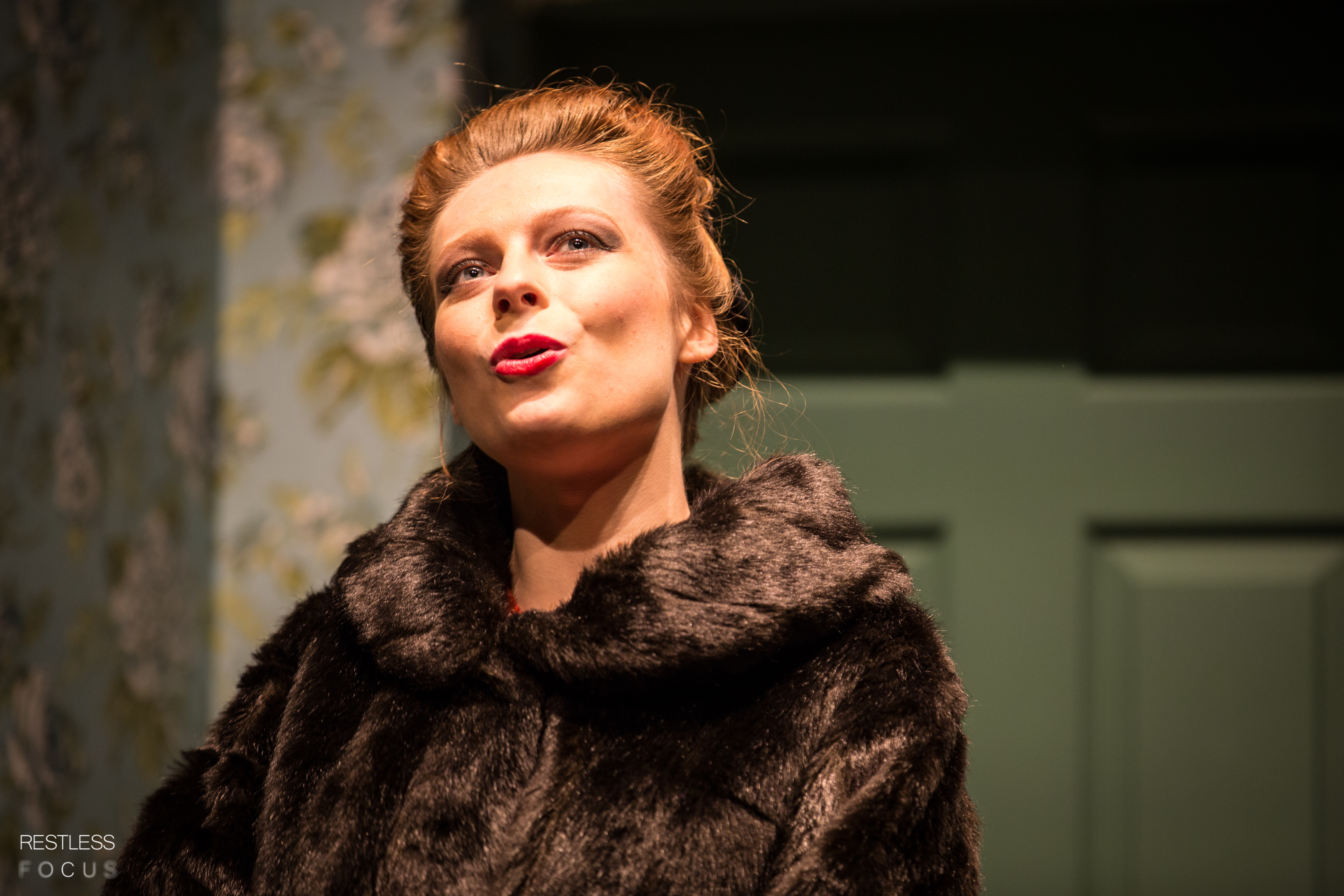 I was invited down to see the dress rehearsal of the Midland Players performance of Agatha Christie’s ‘Go Back for Murder’ last night – an amateur production of the classic play, performed in the University Drama Studio on Glossop Road, Sheffield.

The play was thoroughly enjoyable, with a couple of standout performances, an interesting set, and well thought out lighting and sound.

I’ll admit a guilty pleasure at this stage – I’ve been involved with a couple of theatre companies over the years, both on and off stage – and part of the joy of the theatre for me is seeing how the performance has been constructed (both by people and the technical build), and how it’s been managed.  On that note, I always find technical and dress rehearsals fascinating  – and it can be entertaining being able to step back and observe, not being directly involved occasionally.  For a dress rehearsal, this one went fairly painlessly, from my perspective at least.

A measure of this for me is always how well I can get immersed in a play and forget that I’m sat in a room watching a collection of people acting out roles in front of me, pretending that the wood, canvas and props around them are more than they are – the photography can further accentuate this separation – the same as going to a musical gig to take photos, and realising that you’ve not really heard half of the songs.

Last night, this was not a problem – a great production and a classic ‘whodunnit’ – if you get a chance, go and see it – running this week, 20th – 23rd September, 2017 at the Sheffield University Drama Studio.  Tickets can be found here, or bought on the door.  More details can be found on the event facebook page