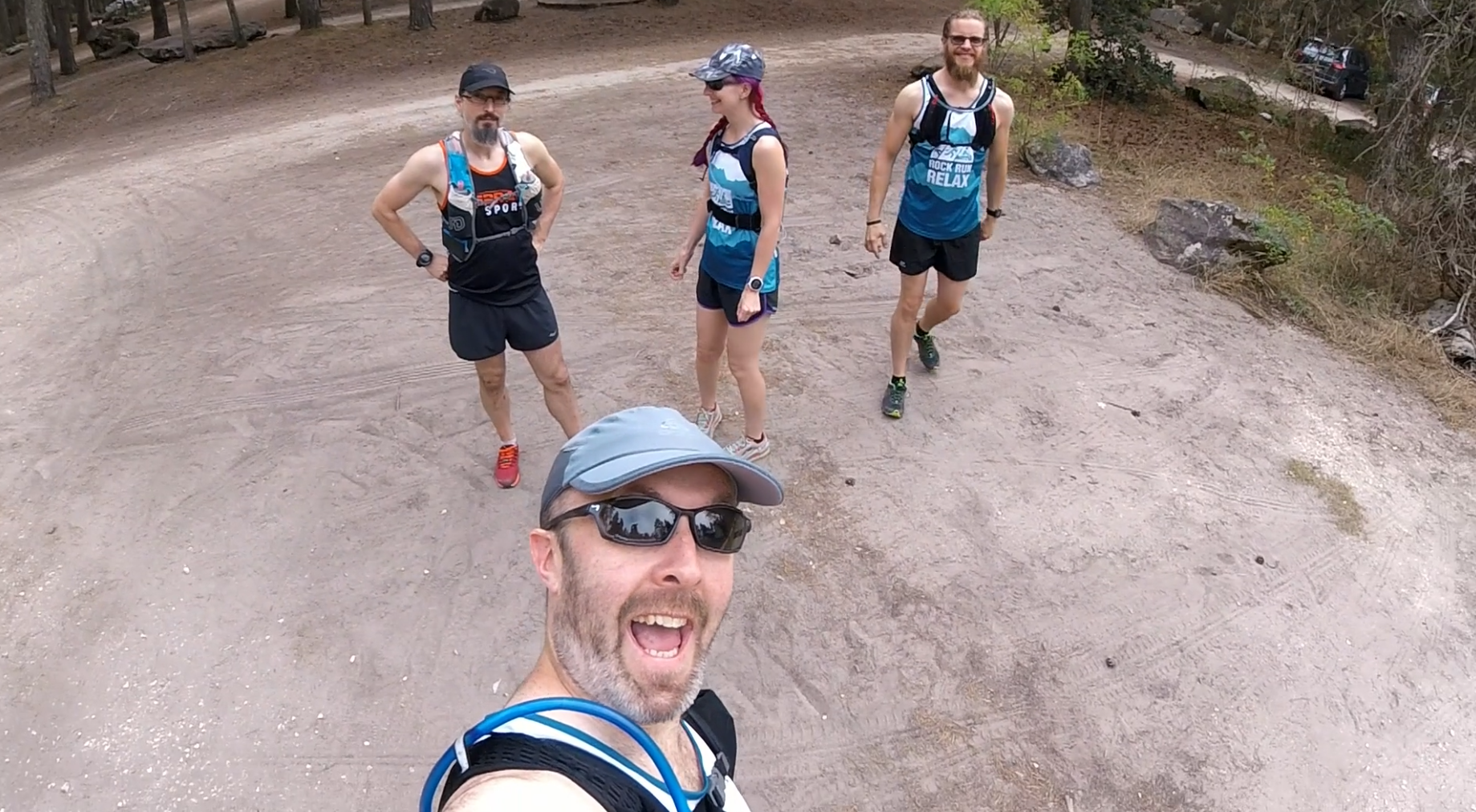 On a recent trip out to Fontainebleau in France for bouldering, we decided to run the Circuit de 25 Bosses – or in the case of Kelly (from Rock Run Relax), revisit after a somewhat long run in a rain storm last year.  I had my new GoPro out, and although I didn’t have a gimbal to smooth footage out, it’s still not bad.

This was theoretically a 14 km run around the local 25 hills – all of us bar Kelly significantly underestimated how long this would take – this is part running, part bouldering, part scrambling.  Our timings were somewhat slowed down by meeting a Bleausard (local, older, more experienced person from the area) – in this case, a 70 year old man called Patrique – an ex climber, and good runner (he was interesting to keep up with!).  6 hours and 17k later, via all manner of viewpoints, bivouacs, hidden climbing areas, cave drawings and never ending hills we finished – an excellent run!!  Some areas were fascinating after having been burnt a year or two back, some must have been….interesting in the rain when Kelly did it last time, but in general it’s a great route – I was glad that after 12k or I got some energy and relaxed into it, I’d heartily recommend it to other runners in the region!

Just don’t expect a normal run – half of it is scrambling!  It’s an area I’ll hike into with a camera properly at some point.  Lookup the efforts of the French Resistance in WW2 – large areas here were burnt to the ground after food/weapon drops by the Germans – the monument we’re stood in front of below is dedicated to that!  The last couple of pictures are from climbing a day or two afterwards in Cul de Chien and 91.1 – a great week out.