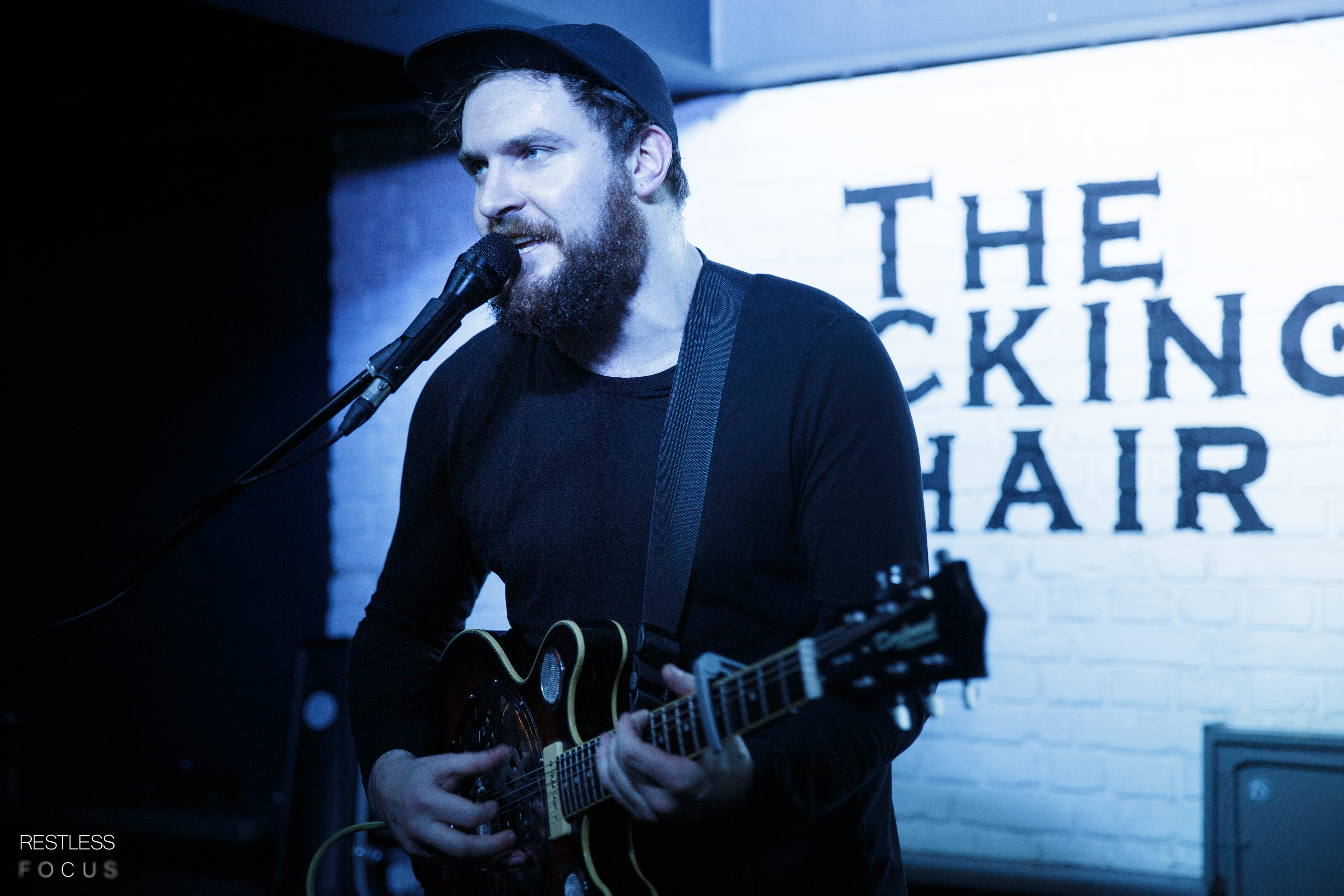 I headed out last night to the Thomas & The Empty Orchestra – Patron Saint – Release Show after a long, long week. We arrived a little late so only caught the last couple of songs from LIO which is a real shame as I really enjoyed her at a Sofar Sounds Sheffield – sounded on great form though.

I wasn’t intending to take too many photos, but as I had the camera on me, decided to take the opportunity – I have some pictures from Harrison Rimmer that I’ll get online later on, I’d not come across him before but it was a tight performance and I’ll be interested to see more from him in the future.

Thomas and The Empty Orchestra was on form, and had backing in the form of a cellist, filling out the early tracks and giving a bit more body to the songs. The gig was for the release of the Patron Saint EP, and the combination of this and the crowd favourite from his O Captain years, ‘A New Year’ rounded out the evening. Being held at The Rocking Chair, it was an intimate feeling gig with a great crowd – and a special mention has to go to the entertaining person in the audience who appeared to be heckling in the style of a local underground garage DJ….? Hold tight!